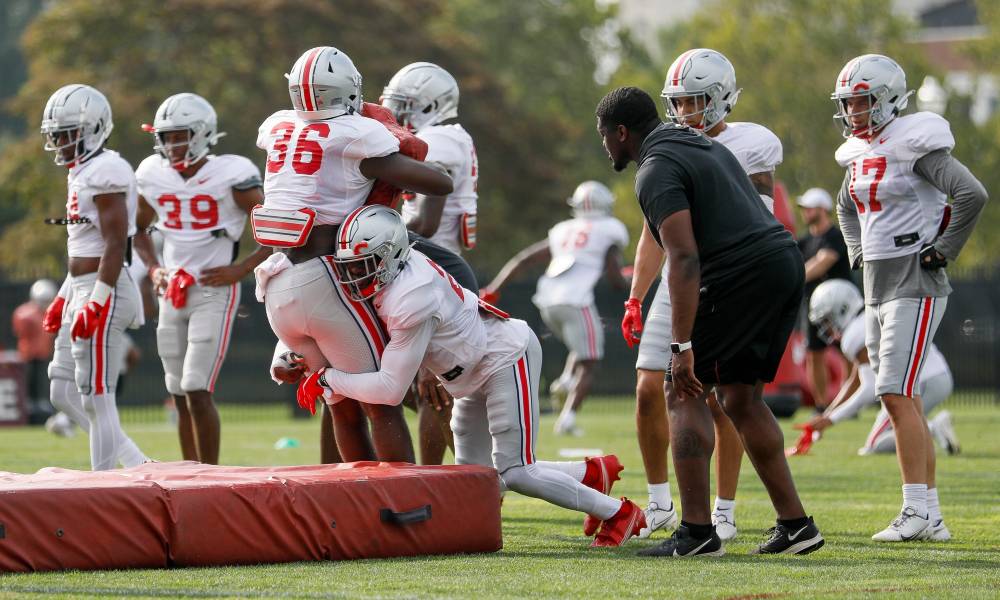 The Ohio State Buckeyes are on a roll and after dominating the Purdue Boilermakers last weekend, 59-31. They look to be in the perfect position to earn their opportunity in the College Football Playoff. This week they will have to prove their worth against a top ten opponent in the Michigan State Spartans.

The Spartans are also coming off a big victory over the Maryland Terrapins, 40-21. They currently sit at 9-1 and ranked No. 7 in the country and are one of the toughest teams in the country. However, their dream season came to a crashing halt when they were knocked off by Purdue.

There are still bring things out there for both teams though.

Now let’s dive into what the staff at the Buckeyes Wire predicts. Last week I was the only one that predicted Ohio State would beat the spread, but let’s see what the experts say this week.

Michigan State has surprised us all this year by simply finding a way to win each and every week outside of the Purdue game. The Spartans don’t do anything great, but are above average in seemingly everything else, and have found themselves a real, live Heisman candidate, Kenneth Walker III, that can carry the team at times. However, Ohio State is simply too explosive on offense for a defense that’s likely to give up a ton of yards through the air. It’s a bad matchup, and one where I expect OSU to run away and hide. Ohio State wins going away, 48-24 in a game that is worse than the score says.

The Spartans have the worst pass defense at the FBS level. That is right they rank 130th out of 130 eligible teams. Do you know what Ohio State does really well? The Buckeyes are electric through the air and I don’t see how Michigan State can keep up. The Spartans have a great run game, but their passing game is not productive enough to keep up.

The Spartans will score early, but they will not be able to keep up with the Buckeyes high-powered offense. Ohio State pulls away in the second half to set up another showdown with arch-rival, Michigan.